There are some tense scenarios lining up for the final day of the Allianz Youth World Sailing Championships in The Hague on Thursday.

Today’s wind gradually built from 5 knots through to a healthier 8 to 10 knots in the mid-afternoon and topped out at 14 knots with good waves by the early evening. The change of conditions brought a few changes to some of the leaderboards in the 11 diverse sailing events.Last year’s champion in the ILCA 6 male one-person dinghy struggled in today’s three races. Sebastian Kempe (BER) has worn the leader’s yellow bib since day one but he goes into the final day wearing a standard bib having dropped to fourth overall. Just four points ahead of him are three sailors all tied at the top on 26 points: Peter Barnard (USA), Rocco Wright (IRL) and Ole Schweckendiek (GER). With two races still to be sailed on Thursday, any one of these four, along with the Israeli and Slovenian sailors, have a realistic shot at gold. 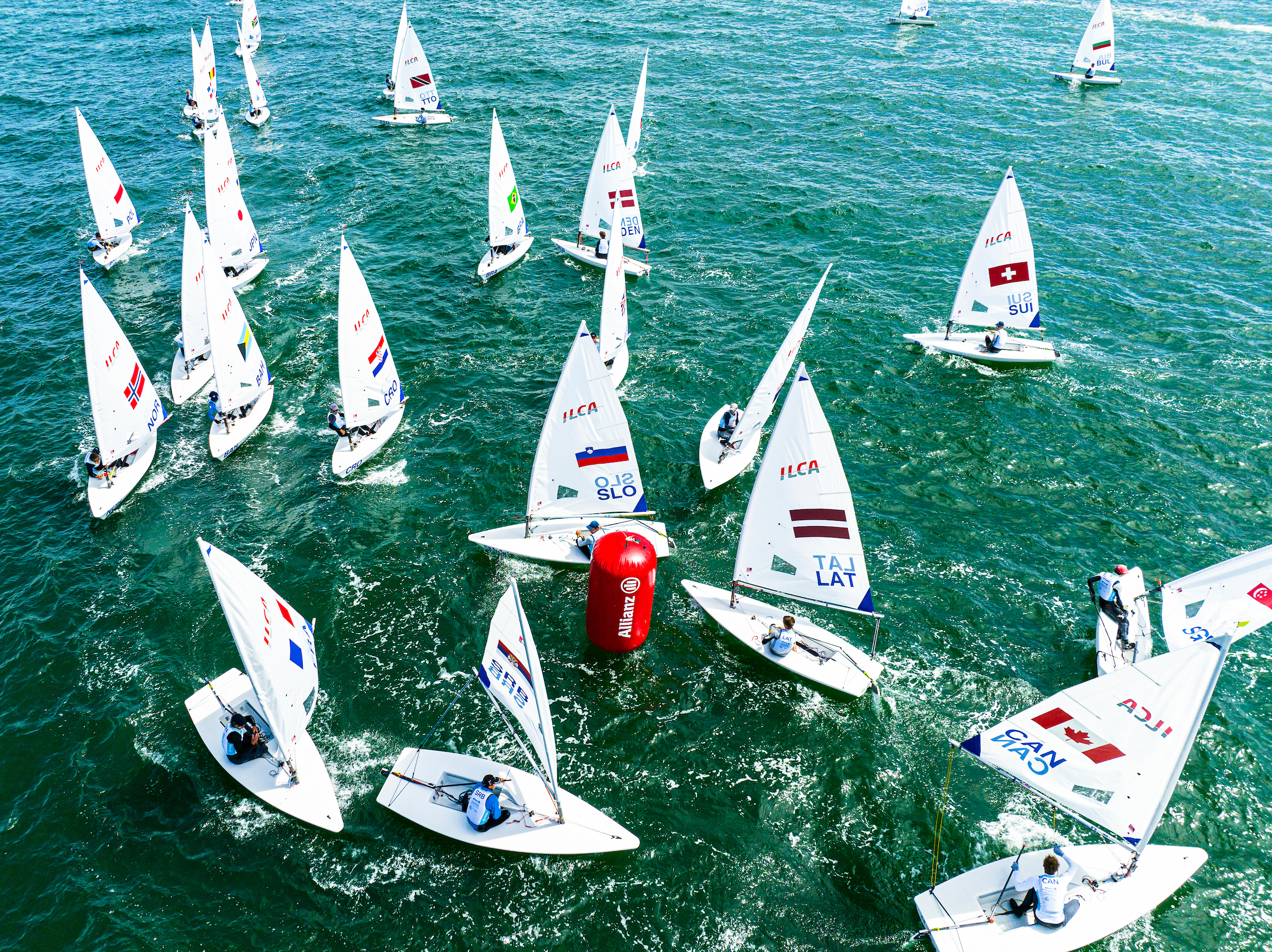 In Oman seven months ago, Kempe came from behind to steal gold at the very last gasp of the 2021 Youth Worlds. This might give him confidence that he can pull off the same trick in The Hague. The Bermudian was having none of it. He doesn’t believe in history repeating itself. “Every day is different. Every boat race is different. We’ll see how it goes. I’ll give it everything I have. Today I felt the pressure of the yellow bib and I didn’t deal well with it. I was too conservative on the starts. But tomorrow the pressure’s on someone else and I’ll be able to sail my own race again.”

Barnard was surprised and delighted to learn he’ll be wearing the yellow bib for the first time at his first Youth Worlds. “It’s a great feeling because I think it’s been a while since we’ve had anyone from the USA wear the ILCA bib at this regatta,” said Barnard from Chicago. “Today I was just thinking about having a good consistent day. I didn’t want to try to blow it out of the park today. I just wanted to get three good results and have a good day going into tomorrow. I’ll take the same approach on the final day. The points are too close to do anything other than sail the best race you can.”

However things turn out for Wright in the blue bib, the Irish sailor has enjoyed his first time at a Youth Worlds. “Meeting people from all around the world, and seeing some of my old friends from the Optimist fleet, it’s been a really nice week. I just wanted to get a top 10, so I’m really excited to be where I am in the fleet and I’ll give it my best shot tomorrow.”

Eve McMahon sailed out of her skin to notch up scores of 3,1,1, moving the Irish sailor out to a comfortable lead ahead of the ILCA 6 Female fleet. Having finished fourth in Oman last year, McMahon has a steely determination to finish off her youth career in the best way possible. She will settle for nothing less than gold, and is well placed to do so. Counting four first places, one second and discarding a third, The Irish sailor sits on six points with Australia’s Evie Saunders 14 points behind. USA, the Netherlands and Spain are all within striking distance of second place.

“It was really nice to stretch the legs again and put the fitness to work in some stronger wind,” said McMahon. “It was really nice conditions, good fun working the waves. I’ve been working hard on my fitness and I’ve improved my light airs sailing since Oman. I’ve been focusing on my consistency, not putting too much pressure on myself. I’ve done three Youth Worlds now, 15th in 2019, 4th in 2021 and now I want to finish off my time in the youth fleet the best that I can.” 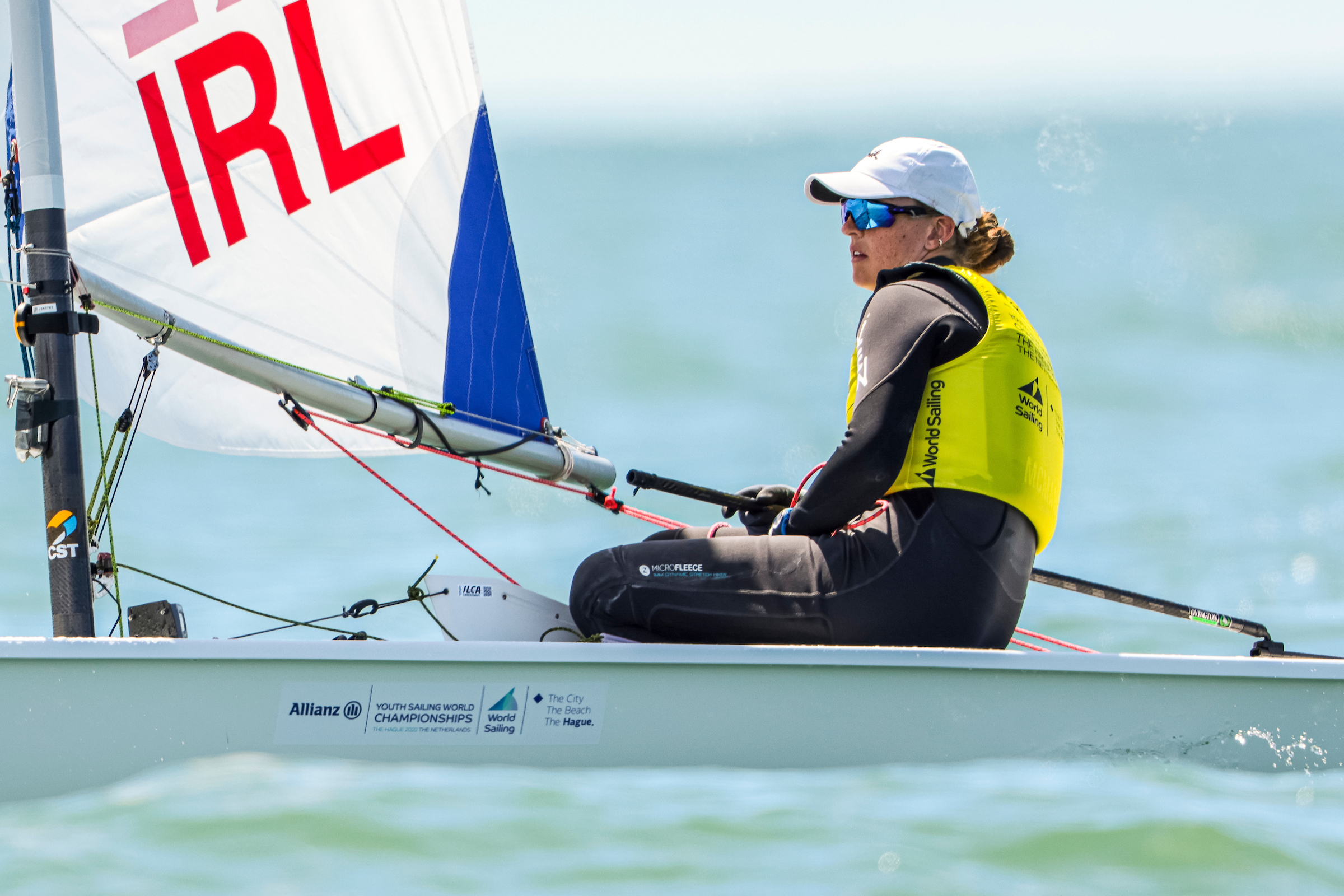 420 MALE/MIXED: Israel in the box seat

“We had very good sailing conditions today, big waves, and the downwind was a lot of fun,” said Levy, who with Gal finished third at the 2021 Youth Worlds. “Tomorrow we have one race and we’ll sail our own way, not think too much about the other boats. We don’t mind what conditions come our way, we’re ready.”

Behind the Israelis the points look very tight between Spain, Portugal, USA and Croatia.

A black flag disqualification for starting too early in the final race of the afternoon saw the German crew of Amelie Wehrle and Amelie Rinn (GER) lose their yellow bib as they fall to third overall. With one race to go on Thursday, and just four points separating the top four teams, it’s all to play for between new leaders, Italy along with Spain, Germany and Japan. 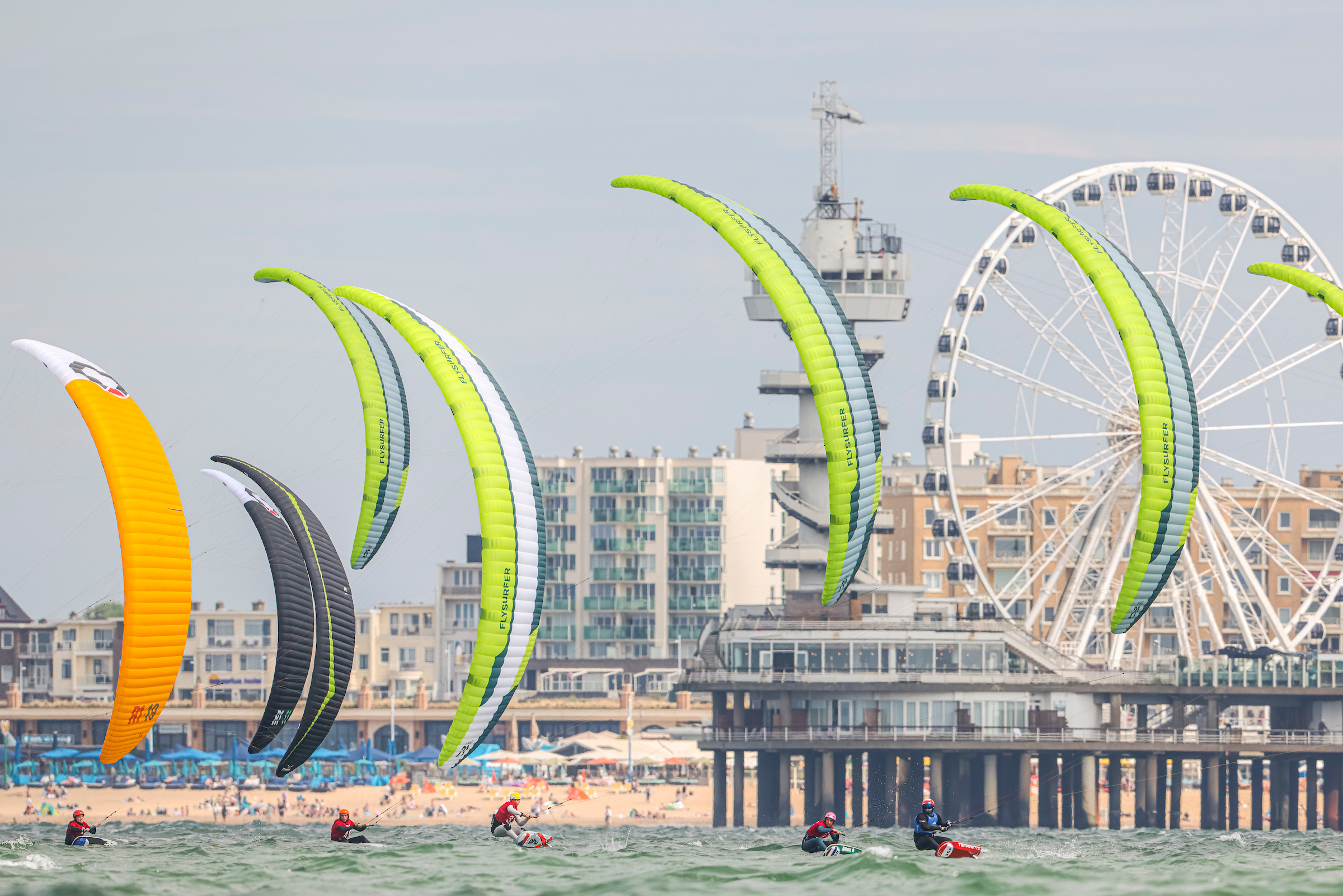 Thursday is the Day

The forecast is looking soft for Thursday morning but building around midday. There will be hopes for enough breeze to give the world’s best young sailors a chance to settle the medals in some thrilling final races across the 11 events. For more news, photos and results from The Hague, go to http://worldsailingywc.org

Subscribe to World Sailing’s newsletter for updates straight from the Youth Sailing World Championships and across the sport of sailing.